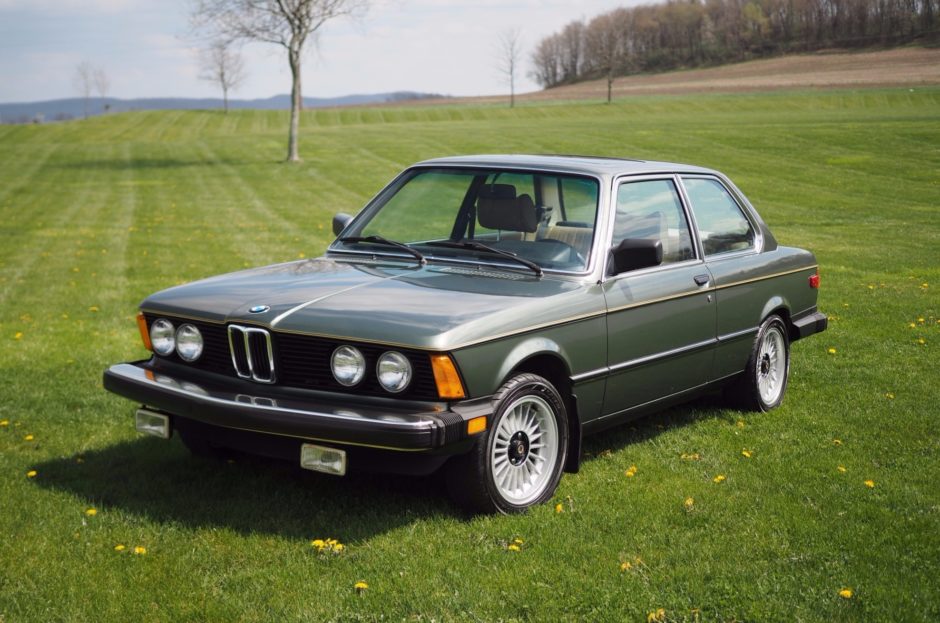 The E21 chassis was first introduced in July 1975 as a worthy change to the legendary 2002 coupe (114 and E10 bodies). The only model 114 – 1502 was produced for some time in parallel with the E21 and was offered as an economical machine during the fuel crisis. The E21 front suspension is MacPherson strut with tilted struts to improve steering responsiveness. The front stabilizer was also used as a support for steering rods. The front brakes are ventilated discs with a fixed caliper and two pistons.The rear brakes are of a drum type. The rear suspension – now classic for BMW – is independent, with slanting arms and struts.

The first E21 models were 315, 316, 318, 320, and 320i. The letter “i” meant using a Bosch K-Jetronic injector (also known as CIS, Continuous Injection System) instead of a Solex carburetor. The car was equipped with the already well-known and tested by that time M10 engine.

In such versions, the car was produced until September 1977, when BMW introduced a completely new six-cylinder engine for the 3rd series.

The new engine received the code M60. Later, in a slightly redesigned form, this engine became known as the M20. It was designed to fill the space between the small four-cylinder M10 and large six-cylinder engines from 2.5 liters and above. The new engine was called “baby-six” – “little six”.

As with most BMW engines, the M60 used a steel cylinder block and an aluminum block head. The most significant innovation was the use of a belt to drive a camshaft instead of a chain. The 2-liter model had a piston of 80 mm with a stroke of 66 mm, 2.3-liter – 80 mm / 76.8 mm. The power system of the 2-liter engine was equipped with the same Solex carburetor, the 2.3-liter one was equipped with a K-Jetronic injector, similar to that used in the 2-liter M10, but with 6 nozzles instead of four.

At the same time as the engine was changed, the company made a number of changes to the chassis.Model 320/6 replaced both models: 320 and 320i. Under the hood of the E21, there was not enough space near the 6-cylinder engine to install a fan driven by an engine. Therefore, an electric fan drive was used with the M60 engine. The mounting locations of the transmission parts to the body have changed. Along with the 4-speed, a 5-speed gearbox appeared. But the automatic gearbox on the 6-cylinder models was missing.

Among other changes in 1977, the replacement of ventilated front brake discs with solid ones (what a pity!) On all 4-cylinder models. But on the 323i, there are rear disc brakes with a floating caliper and one cylinder. The 323rd model also acquired a more powerful and stiffer front suspension, a two-pipe exhaust system, a Recaro sports saloon, a new instrument panel and a new differential with a lower reduction ratio. Unfortunately, somewhere along the road during these modifications BMW “lost” the rear axle stabilizer as a standard part. From the age of 77, it was placed only on 323i and on 320i as an option in the “sports package”. The 320i with a sports package was called the 320iS and, in addition to the rear stabilizer, had sports seats, BBS alloy wheels and a powerful front spoiler.

At the end of 1979, new changes were made to the body of the E21. Changes in the engine compartment made it possible to finally squeeze the engine-driven fan into the 6-cylinder models. But in the 4-cylinder had to make a special radiator fastener to leave it in its original place. The interior has changed somewhat, in particular the heating and ventilation control panel. This year, the 4-cylinder M10 engine with an injector, which was produced from 77 to 79 exclusively for the USA, was finally gone. Instead, there was a modification of the M10 1.8-liter engine with the new K-Jetronic Lambda injector and catalyst.

In mid-1983, the production of the E21 body was discontinued due to the appearance of the next – the second body of the 3rd series, E30.