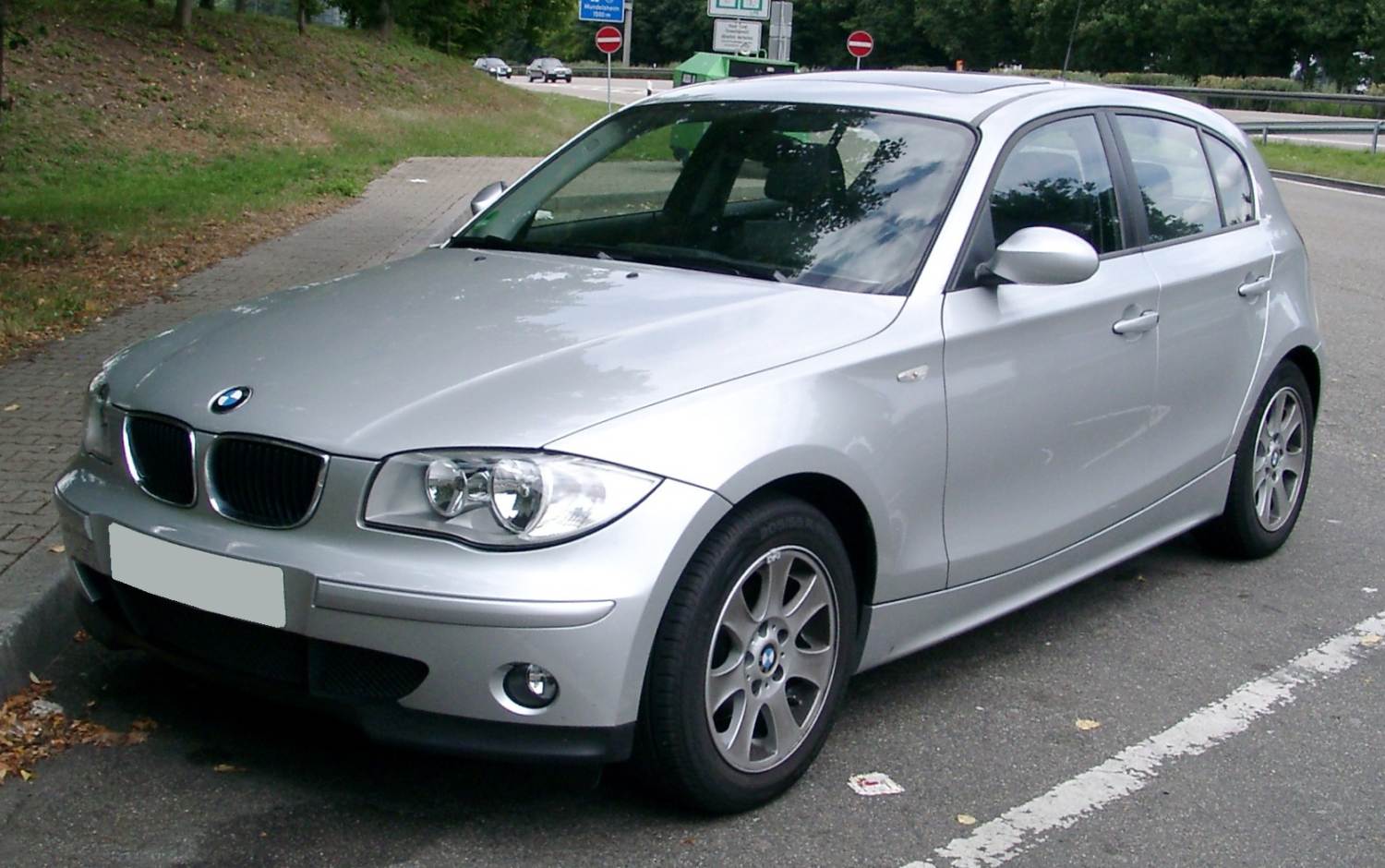 The Bavarian company turns to the origins and prepares for the fall model of the compact class BMW 1 Series. A serious surprise is being prepared for customers and rivals in the golf class. The Bavarians did get to the golf class. Naturally, given the prestige of the brand and its traditions in terms of driving pleasure. So – from now on, the BMW range will begin with the first series.

Now the BMW 1 Series is the smallest car in the group. Actually, the fact that the Bavarians once again turned their eyes to the now relatively compact lower middle class is not surprising. Recall that the history of BMW began with small cars, and in the post-war period they saved from the financial crisis and contributed to the formation of BMW. In addition, the two-door Compact is still on the conveyor.

The initial Odin series is marked with the factory E87 index and borrowed many components from the future Third Series (E90), which the company plans to show next year. The concept perfectly illustrates the dynamics of BMW in a smaller format. Typical BMW proportions such as a long wheelbase and short overhangs make the BMW 1 Series recognizable at first sight. With the launch of the BMW 1 Series, it is reviewing the basic requirements of the compact class. The new model is characterized by dynamic performance and quality, as well as a high level of security.

Like all BMW models, cars of the 1 series are oriented primarily to the driver. All controls are ergonomic, centered around the driver. The car of the 1st series is a convenient and functional hatchback, a car with a sports performance. This is the only car in its class with a longitudinal engine, which allows you to balance the distribution of weight (50 to 50) between the front and rear axles, to provide a low center of gravity and optimal traction. A pivot diameter of only 10.7 meters makes city traffic fun.

Appearance with somewhat intricate features is fully consistent with the modern style of BMW.Outside, it has something in common with the Z4 roadster, and the dashboard resembles that of the X3. With a length of 4.23 m, the car is 240 mm shorter than the usual “three rubles” and 30 mm – Compact. And at the same time, 20 mm longer than the Golf! A rather large base (2.66 m) should guarantee excellent driving performance, as well as plenty of room in the cabin. Although, for example, the height here is 55 mm less than that of the Golf. The body is distinguished not only by high rigidity, but also by a good study of aerodynamics – the air resistance coefficient Cx was brought up to 0.29, which could not but affect the maximum speed and fuel economy (the gasoline 2-liter version easily fits into 7.4 liters).

The car has an excellent weight distribution and, unlike competitors, rear-wheel drive. Suspension (5-link rear) with lightweight aluminum levers. The basic 115-horsepower “four” gives the car good sprinting abilities: acceleration to hundreds in 10.8 seconds, and the speedometer needle stops exactly at the “200” mark. At the top of the gamut is … a diesel 120d (163 hp), capable of accelerating to a hundred in 7.9 seconds and sweeping along the highway at a speed of 220 km / h.

The BMW 1 Series will go on sale in late September, with two diesel and two gasoline engines. Four cylinders are already familiar to customers in the 3 series, but they have been updated. Engine power ranges from 85 kW / 115 hp to 120 kW / 163 hp 1 series, according to project manager Gerd Schuster, is a Premium model in the compact class and only in 2000 it was decided to create this new series to offer customers a unique car in this segment.