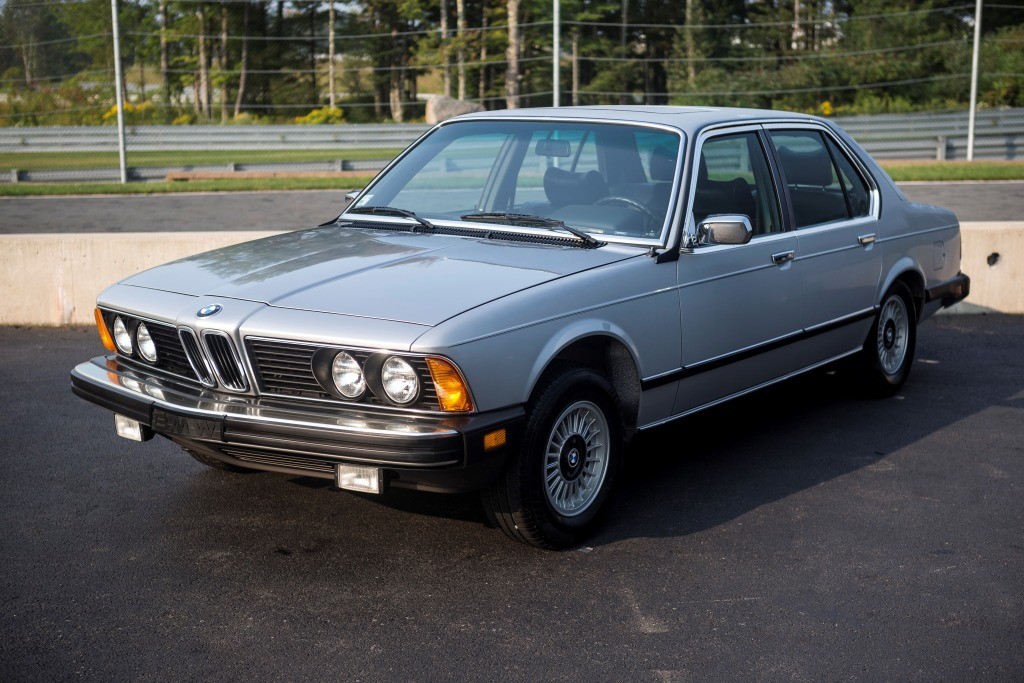 The very first real family of the 7 series (the E23) debuted in May 1977. Large BMW sedans with their excellent driving characteristics and powerful motors brought sportiness to the executive class.The solid appearance of the “Bavarian limousines” with characteristic “nostrils” built into the grille with a negative slope and a huge 640-liter trunk, gave the 7th series the opportunity to adequately pass the test for the title of “elite”. For the “aggressively” pointed line of the front end of the model of this series, we were nicknamed “sharks.”

The serial equipment of the cabin fully corresponded to the then ideas about a top-class car: a spacious layout with excellent velor or tapestry anatomical seats (less often – leather), high-quality upholstery of doors and ceilings, good interior lighting, traditionally comfortable layout of the driver’s seat and a high level of sound insulation. The body structure was applied carrier platform.

In 1979, Franz Josef Strauss, the then Prime Minister of Germany, for the first time rode out on sovereign affairs in an armored BMW 732i, thereby violating Mercedes’s monopoly in the armored car market. And it all started with the fact that the prime minister was not eager to exchange his BMW for Mercedes, and called the Bavarians with a proposal to remake their own armored car. The “opinion” received from the State Chancellery was regarded by the company as an order and fulfilled all the wishes of a high-ranking client. Since then, BMW has been constantly present in this area of ​​automobiles.

In July 1979, they launched the flagship model of the 7th series – the 745i Turbo with a 3.2-liter 252-horsepower M30-B32 / tb engine with turbocharger and fuel injection ME-Motronic, complemented by an automatic transmission. The maximum speed increased to 227 km / h, and the acceleration time to hundreds amounted to 7.9 s. Two months later, the 735i went into production, which was equipped with a power unit M30-B35 3.5-liter capacity of 218 hp. and its 3.4-liter modification M30-B34 of the same power. The latter, from May 1983, was installed on the 745i model, and its 252-horsepower turbo version M30-B34 / tb – on the 745i Turbo model. They also upgraded the suspension and, to a lesser extent, the body (the “nostrils” became less convex and do not protrude from the grille), changed the taillights, and lengthened the lower spoiler with a plastic skirt. At the same time, they increased the already high level of active safety by equipping the disc brakes of all wheels with an amplifier and also ABS, which, coupled with a variable-speed power steering (with a decrease in action at high speed) brought the model to the forefront positions in terms of safety. These engines, as well as the M30-B28, were later also the most tenacious in operation.