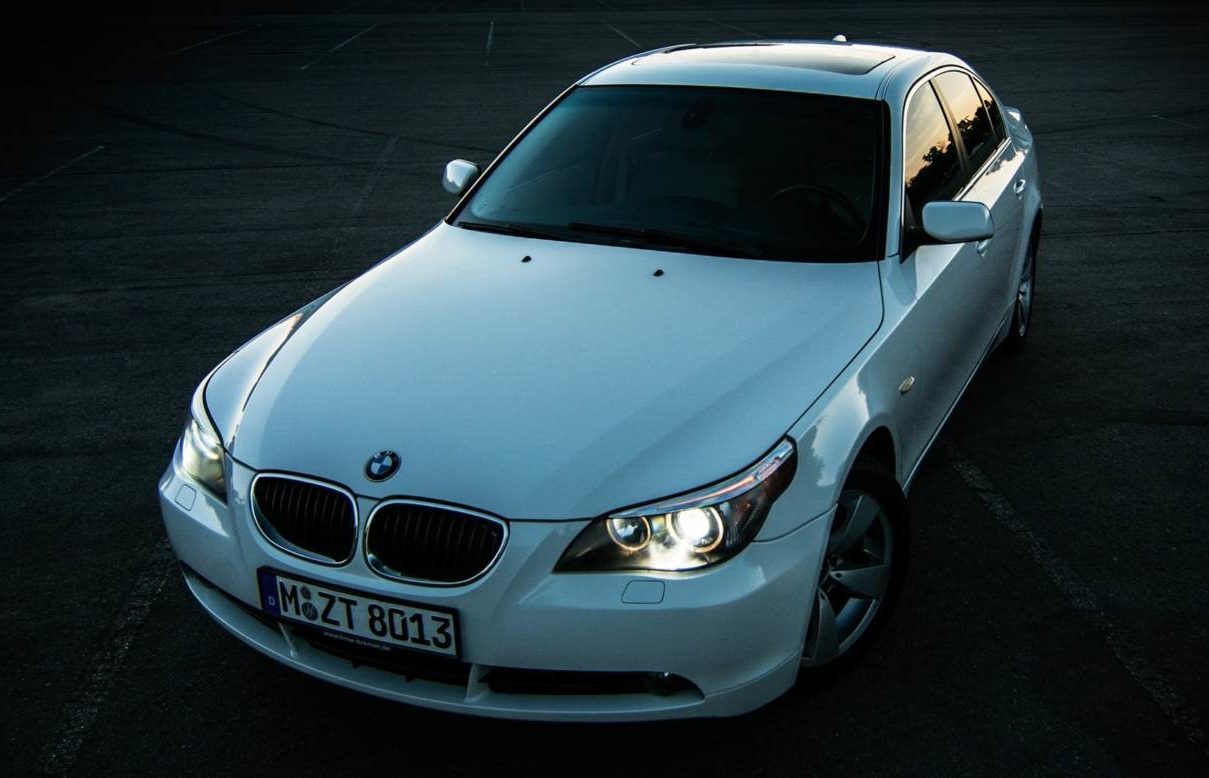 Eight years after the start of production of its most successful business-class model, the E39, BMW decided to update it and introduced a completely new car, and new 5 Series chassis designated the E60. This car would take its place between the large and luxurious 7 Series, and the latest Z4 roadster.

Enter the Banglemobile, the Shelf-Butt, the Owl-Eye, the 5-series car that was totally polarizing for BMW fans.

(Disclaimer: I’ve owned an E60 for seven years now as my daily driver, and I like the butt).

The same generation Mercedes-Benz E-Class blundered a bit, which the Bavarians used to their advantage. Secondly, the previous generation of the 5 Series (the E38) was known worldwide for its well-tuned chassis and excellent engines, significantly overshadowing the position of most competitors, which gave BMW a new top-dog position in the sports sedan world.

According to the ideology of BMW, each generation of the company’s models alternates: one is made revolutionary, the next is evolutionary. And no one doubted that the new 5-series is a revolutionary model. Look at the car: one of the most drastic and daring creations of Chris Bangle, unless, of course, the Z4 roadster is considered. Something special and unusual, although made taking into account all the traditions. Branded nostrils, rear side pillars, which gives the car swiftness. The car is completely identified as BMW, but at the same time, there is no real resemblance to the 7 Series. The 5 Series is interesting in its own way.

The famous iDrive, a revolutionary control system for auxiliary functions, also migrated to the premium models in the 5 Series line. It was modernized, the control algorithm was greatly simplified, but the spinning joystick was still left. At the time, this was one of the first well-developed computer systems in a car of any type. During refinement, the Menu key appeared, which allows you to return to one “window” back. The iDrive screen also changed. Now it was made using transflective technology and reflects sunlight, thereby increasing the practical brightness of the image. And the brightness of the image is increased by the command of a special sensor that controls the degree of illumination of the screen. The screen also has special heating elements, so that it can work normally at low temperatures.

The body structure of the new 5 Series is unique. For the first time in the automotive industry, the front of the body is made of aluminum, while everything else is made of steel. This unusual decision is dictated primarily by the desire of the Bavarians to maintain the driver-oriented character of the car – to achieve optimal weight distribution along the 50/50 axis. That is why the front is made of aluminum – it is much lighter than steel. The junction of aluminum and steel, which, as you know, is not friendly, is treated with a special composition that excludes the chemical interaction of metals. Both body parts are fastened to each other with special rivets, which are also treated with an anti-corrosion compound.

The wheelbase of the new model was increased by 58 mm, and the car itself became longer by 66 mm. And now the 5 Series, retaining its driver’s character, became much more comfortable and spacious. A characteristic problem of all previous generations is the lack of space for the legs and knees of the rear passengers. Thanks to the increased wheelbase, on the E60 model, the rear passengers are very comfortable.

Suspension parts, both front and rear, are now almost entirely made of aluminum. This decision is dictated by the desire to reduce the weight of suspension parts and, as a result, to remove unpleasant effects like vibration of unsprung weight. At the same time, the suspension did not produce any significant revolution: the front is still traditional McPherson struts, which have been tested by time and roads, and the rear has a multi-link suspension. The Bavarians did not fork out for air suspension or “electronic” brakes, and rightly so – they just fine-tuned what they had. Although some of the bells and whistles still exist. For a surcharge, you can install the Dynamic Drive system on the 5 Series: ​​anti-roll bars with active roll compensators. Until the moment when the lateral overloads in the turn exceed 0.3 g, the system completely flattens roll in the car. The same effect is usually achieved by installing much stiffer springs on the car, but in the case of the 5 Series the Bavarians could not justify this – after all, it was intended first as a road car, and then a sports one.

Another fancy option is steering with a variable gear ratio, the Active Steering system. At the command of the control unit, the electric motor can increase or decrease the speed of rotation of the gear relative to the one with which the driver rotates the steering wheel. Simply put, the steering wheel becomes sharper, while the driver still has a feeling of the road that is characteristic only of BMWs. The Active Steering system uses many sensors in its work and in emergency cases it can even save the car from traveling to the ditch. How? If the car slides off it’s course with wheels turned in the direction of rotation, and the driver does not have enough experience, knowledge or courage to slightly turn the steering wheel back, the system can do it itself. It slightly reduces the angle of rotation of the front wheels, and the machine again stabilizes. At the same time, Active Steering recognizes those situations when the car is deliberately put into a drift. For example, if an experienced driver goes through a turn in a controlled drift, Active Steering will not interfere with the driving.” So the “BMW feeling” remains!

Beginning with the M54 engine from the previous 5 Series, two years in BMW switched to the new N52.

Acceleration is modest but not great, with a E60 0-60 time ranging between 5 and 7 seconds depending on the trim.