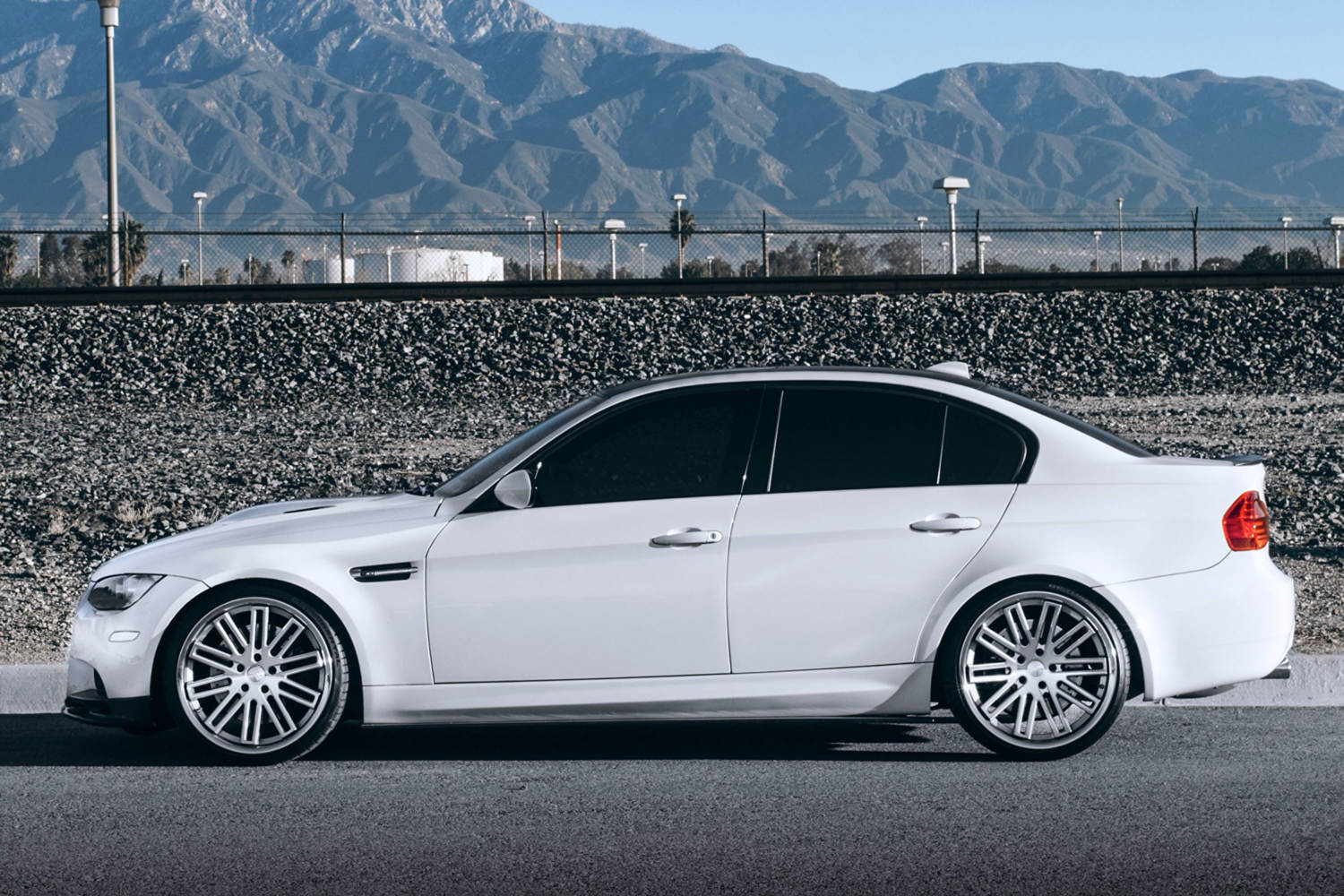 The 3 Series is the everyman’s BMW, the foundation of the financial well-being of BMW.

The E90 came on the scene after the amazing success of both the iconic E30 from the 1980s, and the essentially bulletproof E36 from the 1990s.

Over half a million E90s were sold each year during the first few years of the E90. This is partly why the design of the car was devoid of risky decisions. Double round headlights hidden under glass caps, the famous “Hofmeister bend” on the rear pillar, a long raked hood and a slightly shifted back interior are all generic features of the brand. But Chris Bangle’s ideas still win. Amorphous taillights, metal body ribs sticking out at the level of door handles and along the thresholds, the shape of the optics… The basis of the new BMW E90 is the BMW 1 Series platform extended by 100 mm. The McPherson aluminum front suspension is new, and the five-link rear suspension is common with the 1 Series of cars. An extremely short front overhang indicates that the longitudinally mounted engine is shifted backward, behind the front axle – to achieve optimal weight distribution (50/50) and reduce inertia.

And to be sure, the 0-60 times are nothing to be sneezed at for the everyman’s BMW sedan.

The car’s length is 4520 mm, with a width of 1817 mm, and a height of 1421 mm. The car has grown stout: the wheelbase is extended by 35 mm, and in terms of space in the back seat, the car should be compared with its main competitors, including the Mercedes C-Class and Audi A4. The torsional rigidity of the body increased by over 25%.

The interior is designed in the style of the BMW E60 5 Series – the center console is no longer angled towards the driver. The dashboard with two large gauges, electronic steering column switches, and an iDrive system.

The standard equipment includes a remote access system that allows you to open doors and start the engine without removing the key from your pocket (the engine is started with the Start button, as on the BMW 1 Series). There are six airbags, adaptive brake lights and safe run-flat tires with reinforced sidewalls, which in the event of a puncture allow you to drive almost 250 km at speeds up to 80 km/h.

The advanced DSC+ stabilization system is an extra option, which, in addition to performing its basic duties, is trained to continually dry the brake pads in rainy weather, gradually reduce brake force when stopping at low speeds and keep the car from rolling downhill when starting uphill. And when the driver abruptly takes his foot off the gas pedal at high speed, the DSC+ automatically brings the pads close to the discs – in case of subsequent emergency braking.

Another option, Active Steering (AS), which previously only came equipped on the 5 and 6 series, is also offered. The modernized AS system not only changes the gear ratio of the steering mechanism, but is also able to steer independently to maintain rectilinear motion during sharp braking on mixed surfaces – for example, on asphalt with spots of ice and snow. In addition, for an additional fee the car comes with bi-xenon headlights and separate climate control for rear passengers!

The engine selection for the first time will consist of four different units. At the top of the gamut is the BMW 330i with an upgraded in-line six engine, with a power of 258 hp (This is the first six-cylinder engine with the Valvetronic system). In addition, there will be a four-cylinder BMW 320i (150 hp), a six-cylinder BMW 325i (218 hp) and a diesel BMW 320d (163 hp). In the fall of 2005, the more modest BMW 318i and 318d rounded out the gamut. Later, a three-liter turbodiesel with a capacity of 218 hp will appear in the arsenal.

Six-speed gearboxes, both mechanical or automatic, will be combined with all engines.

In addition to the sedan is a station wagon model, which the Bavarians call Touring (E91 body). In 2006, two-door cars entered the arena – a coupe (E92) and a convertible with a folding hardtop (E93). The Quartet will differ markedly in style and equipment. The all-wheel drive version with the x-Drive transmission is being prepared (as on the BMW X3). Finally, not far the top-of-the-line version of the BMW M3 comes with a 400-horsepower V8 4.0 engine.