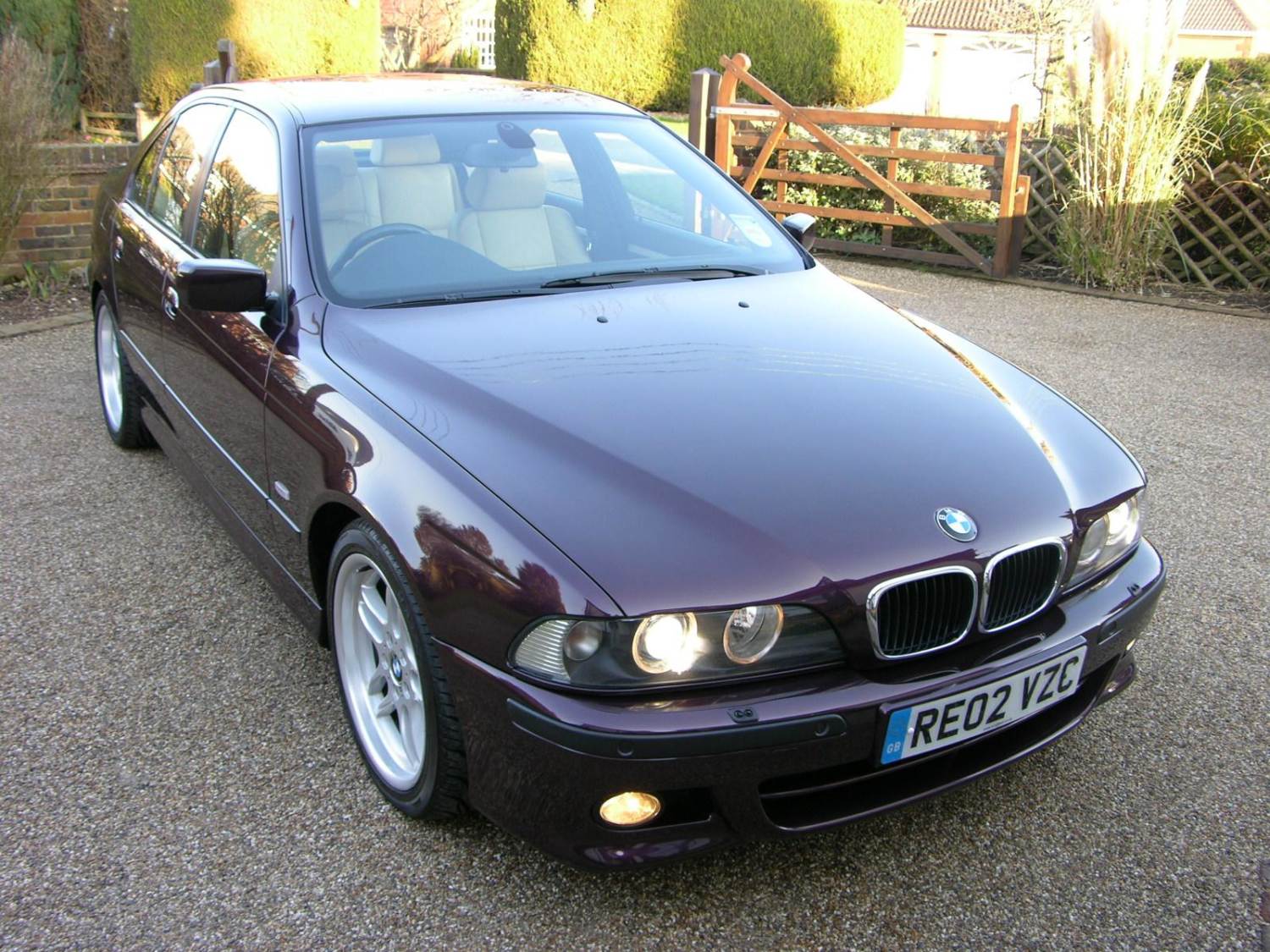 In September 1995, at the Frankfurt Motor Show, the debut of the new fourth generation of BMW 5 Series cars (E39) took place. The body became a little larger – 55 mm in length, 23 in height and 49 in width, which, together with an increase in wheelbase by 70 mm, caused a change in the body proportions, providing it with a shorter overhang and special elegance. Plus, the bodywork significantly added to the stiffness, which increased not only safety, but also improved handling. Nevertheless, it did not become heavier, although also, like the previous one, built from steel. Aluminum is widely implemented in the suspension design. Directing levers, steering rods, stamped subframes of the front and rear suspensions, and struts of suspension struts are made of it — all this reduced unsprung masses by 36%. This relief has improved the suspension, and therefore comfort. In addition, the outer tubes of the shock absorbers, brake calipers, and, of course, the rims underwent aluminization.

The excellent behavior of the car on the road is ensured by the design of the Integral-4A rear suspension with the “steering” action of the rear wheels, similar to that used in the 7th series.

Bumpers made of plastic encircle the front and rear of the body all the way to the wheel arches and, in combination with the protective trims on the doors, provide a complete edging of the car. Characteristic are the twin round headlights placed under a single glass.

The increase in wheelbase has also contributed to creating greater comfort for passengers in the rear seats. The car interior is designed in a traditional style. The driver’s seat is a model of ergonomics. As always, the list of optional equipment is wide. Among the new products is the installation of a heat accumulator in the engine cooling system. The capabilities of the device are such that after a two-day stand in the cold of -20 ° C, warm air (+ 40 ° C) will go out of the deflectors of the heating system in a minute, while without it only in eight. In addition, the engine warms up, reduces the emission of harmful substances into the atmosphere and fuel consumption.

Initially, only two engines were installed – the new in-line “sixes” with an aluminum cylinder block of 2.5 liters (170 hp – 523i) and 2.8 liters (193 hp – 528i). These engines are 30-32 kg lighter than their cast-iron predecessors. The index of the car with a 2.5 liter engine was “lowered” intentionally – from 525i to 523i. This was done so that, God forbid, customers would not think that over the years the motors get worse – after all, with the same volumes, the new engine’s power is less by 22 hp. However, the new engines are not only distinguished by an aluminum block – they develop more torque at low revs. The gearbox is 5-speed manual or automatic. The fact that the car is equipped with an automatic transmission, says the letter “A” in the designation of the model, for example 523iA.

And from the spring of 1997, the new Touring station wagon supplemented the production program (before that, the station wagon was based on the E34), which is 90 mm longer and 100 kg heavier than the sedan. They have good seating capacity and retain the superior rideability of sedans. The range of engines for a station wagon is similar to that of a sedan. The list of standard equipment was supplemented by two side airbags.

In September, airbags appeared in the headrests for the driver and passenger. And at the end of the year, the 540i Protection model, armored in class B4, was able to withstand small arms (at least 0.44 caliber), grenade explosions, and sapper blade impacts. All this was made possible thanks to aramid armor and built-in bulletproof glass. In general, in 1998 they released at least 500 (the exact figure is kept secret) of such cars at a price of 178,400 DM.

A year later, in September 1998, the production of the high-speed model M5 was resumed – its own tuning version of the 540i. The new M5 is equipped with a forced 5-liter V8 engine, structurally similar to the serial 4.4-liter unit. It is equipped with a Double-VANOS system and eight individual throttle valves. For the first time on a production model of BMW, its power was 400 hp, and its dynamic qualities became even better than that of the M3 – 5.3 s to 100 km / h. M5 is equipped with only a 6-speed manual gearbox.

In 1999, cars did not change their appearance, but big changes took place under the hoods: 6-cylinder engines got control of both Double-VANOS camshafts (previously only one), 8-cylinder engines – VANOS system for intake valves and two-stage catalytic converters, which allowed meet the requirements of Euro 4 2005. In addition to reducing exhaust toxicity, an increase in torque has been achieved, as well as increased fuel efficiency.

Another novelty is the 184-horsepower diesel engine with an undivided combustion chamber, CommonRail injection system, turbocharging and intercooler on the 530d. The car is capable of developing 225 km / h and spending less than 6 l / 100 km in a standard suburban cycle. Despite the complete superiority of the new diesel, the production of the old vortex chamber (525tds) continued for some time.

In mid-July, BMW asked European structures to homologate the 530d and 525tds as licensed cabs! This happened after the departure of BMW Pischetsrider, who flatly refused to sell BMW taxi drivers, despite the multiple appeals of many taxi driver unions to the Bavarians with a request to sell them a BMW 5-series with the latest turbodiesels.

In the fall of 2000, the first modernization of the 5-series model family took place. The externally updated 5 series car is easily recognizable by the transparent blocks of headlights with round yellow direction indicators and a new front spoiler with round fog lights. However, the main changes are hidden inside – here immediately appeared three new M54 engines for the 520i, 525i and 530i models. All of them are in-line 6-cylinder with Doppel Vanos systems and variable-length intake pipes (and the 3.0-liter also has an adjustable output). The first engine for the 520i was created on the basis of the previous 2.0-liter unit, mainly due to an increase in the piston stroke from 66 to 72 mm, which made it possible to increase its working volume from 1991 to 2171 cm3, and the maximum power from 150 to 170 hp. at 6250 rpm However, the car received an index of 520i, although formally it would be fairer than 522i. The second engine is the previous 2.5-liter unit of the 523i model, but in the modernized version it develops not more than 170, but 192 hp. (the 523i index was replaced by the correct 525i). The third engine for the 530i first appeared (in the middle of 2000) on the 3 Series – a 3.0-liter engine with an impressive 231 hp.