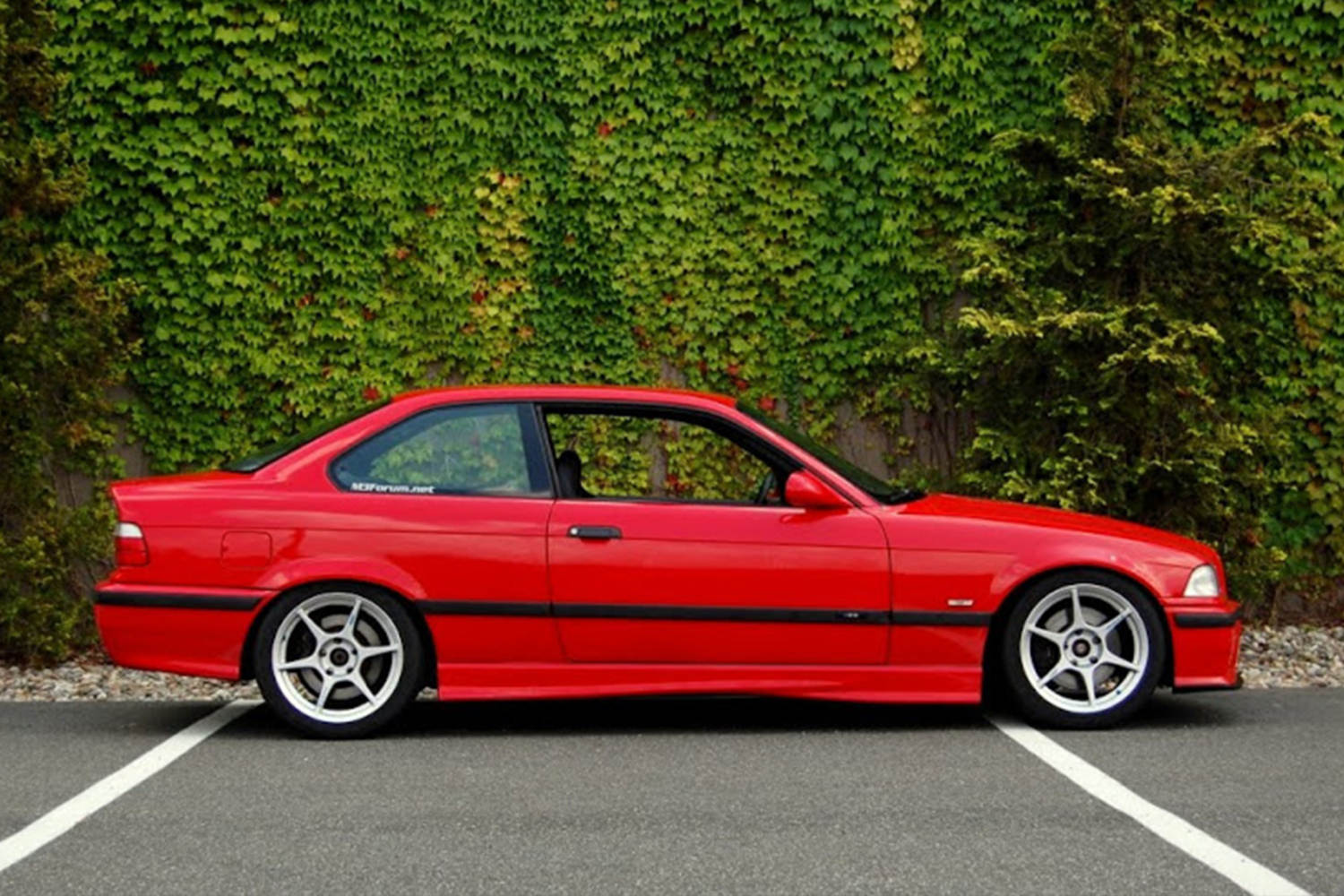 The new BMW 3 Series lineup (designated the E36) appeared in November 1990. All the advantages inherent in the predecessor (the famous E30) were preserved and even increased in the new family. The company’s designers managed to find a modern and dynamic look (with an aerodynamic coefficient of 0.29) and the design of the front of the car was later called the “automobile face of the 90s”. A striking distinctive appearance underlines the power and dynamics of BMW’s corporate identity. Impeccable body assembly (with a six-year guarantee against rust) an increase of 10 liters in the volume of the passenger compartment and trunk, as well as an informative dashboard, high-quality interior materials, a wide range of in-line gasoline engines (with Bosch-Motronic injection) – all this, as well as the excellent handling inherent in all BMW models, were successfully combined in the 3 Series, which received due praise from consumers.

The first were the sedan models 316i (102 hp) and 318i (115hp) with four-cylinder engines, and the 320i (150 hp) and 325i (192 hp) with the new 24-valve inline-sixes. The elegant appearance of the machine hid the size and almost 200 kg of excess weight – the reckoning for passive safety. However, despite the completeness, cars using the previous four-cylinder engines were slightly inferior to their predecessors in acceleration, but surpassed them in maximum speed and efficiency. So the BMW 325i gained a top speed of 233 km/h, accelerated to 100 km/h in 8 seconds, ahead of its lighter predecessor. The new multi-link rear suspension made the BMW 3 Series more comfortable and easier to drive. The convertible and station wagon for some time was only available in the old model range. The four-door sedan of the new series was successfully remade by many German tuning companies.

In October 1991, the sale of the economical but frisky turbodiesel variant 325td (8.9 l/100 km in the city) began, which marked the beginning of a new attack on the market sector, in which BMW was already starting to lose points earned in the late 1980s.

In January 1992, a new two-door coupe named the 320i (150 hp), 325i (192 hp) and M3 Coupe (286 hp) debuted at the Detroit showroom. Despite the resemblance to a sedan, these cars do not have the same exterior body parts or windows. The compartment roof is 130 mm shorter, the hood is 80 mm longer, and the car itself is 50 mm lower. In September of the same year, six-cylinder engines received a VANOS valve timing control system for intake valves, which made them more economical and more high-torque. In March 1993, a convertible was introduced in Geneva. The car is characterized by a very high level of safety – there are rear head restraints that are retractable when tipping over. As an option, it was offered with an easily removable aluminum top.

In October 1993, instead of a 2443 cc diesel engine (324td), they began to produce new 2.5-liter high-speed turbodiesels with a capacity of 115 hp (in the 325td) and 143 hp (in the 325tds), which was first equipped with an intermediate air cooler (intercooler), as indicated by the letter “s” in the model designation (the same is true for other diesel models of this generation). The maximum speed for sedans reached 214 km/h.

In February 1994, the production of the three-door compact hatchback began with economical four-cylinder engines with a working volume of 1.6 liters (102 hp), 1.7 liters (turbodiesel, 90 hp), 1.8 liters (115 hp) and a 1.9-liter 140-horsepower with a 16-valve cylinder head. To reduce the price, in the rear, instead of a complex multi-link suspension, like other models of the family, there is a simple dependent suspension. The five-seater compact (as conceived by the company, a youth-student version) is quite a practical car for those who are not concerned about transporting things on their own: the useful volume of the luggage compartment is around 300 liters.

In August 1994, a 4-cylinder displacement of 1.7 liters and 90 hp joined the 6-cylinder turbodiesel. Then the new M3 went on sale with a 3-liter straight six with 286 hp, with sedan and convertible bodies.

The long-awaited station wagon, named the Touring, which was absent from the production program for a year, was introduced in May 1995, when the 323i model was premiered, equipped with the latest aluminum in-line six with a working volume of 2.5 liters and a capacity of 170 hp. Acceleration was impressive, doing 0-60 in just 8 seconds, as well as the even more frisky 328i (with 193 hp). Capacity for a compact station wagon is not the most important thing, image is more important. The capacity of his trunk was only 1030 liters. The change in the index of the model with a 2.5 liter engine from 325i to 323i was explained by the fact that the new in-line 6-cylinder engine with an aluminum block developed less power compared to the cast-iron predecessor (only 170 versus 192 hp) and therefore customers didn’t think that the engines were getting weaker over the years.

For the Russian market, the company even developed a special “Russian package”: an increased clearance of 25 mm, a softer suspension and an adapted ignition system. To compensate for the increased loss of the body (due to the rise in the center of gravity of the machine), 16-inch low-profile tires were used.

In September 1995, the M3 was updated – a kind of proprietary tuning from BMW Motorsport. A new 3.2-liter engine with a capacity of 321 hp, coupled with a mechanical 6-speed gearbox, reduced the time to reach 100 km/h to 5.4 s!

In 1997, they conducted a small facelift (a slight modernization of the exterior) with additional body colors and upholstery, a traction control as standard for six-cylinder gasoline cars, heated aspherical rear-view mirrors, side turn indicators and a new design of the radiator grille. The M3 was one of the first BMWs where it became possible to the much-maligned SMG (sequential manual gearbox) a mechanical 6-speed automated gearbox with a hydraulic actuator and electronically controlled gears, which allowed you to drive like an automatic but retained the ability to shift manually without a clutch pedal. The compact model also acquired a 6-cylinder engine of 2.5 liters (170 hp) and was designated the 323ti.