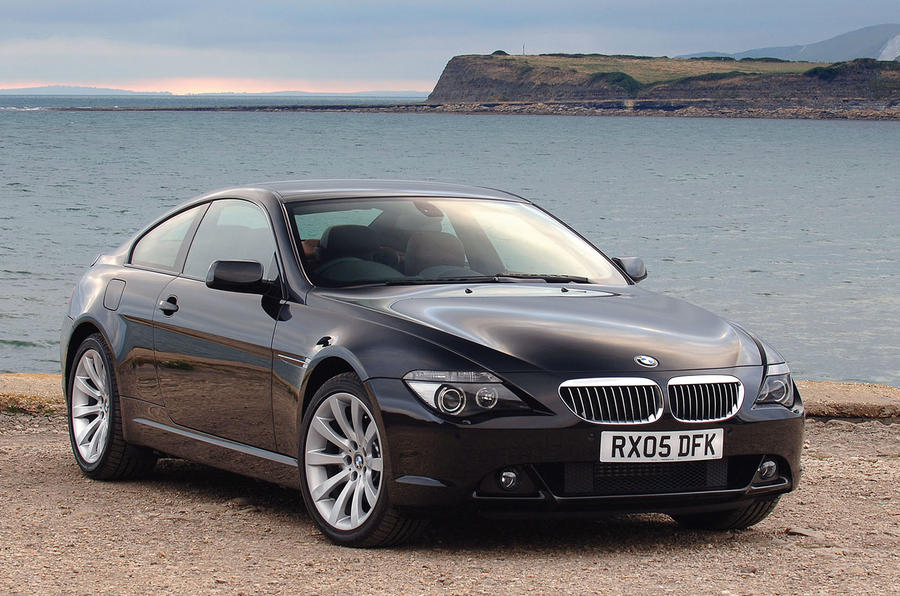 The BMW 6 Series from a beautiful myth finally turned into reality: the company named the place where preparations for its production have already begun.

It was previously expected that production of the sixth-series BMW coupe would begin next year. But before this compartment is still awaiting tests at very high temperatures, which will be held in the United States. This may delay production until 2004 and the car can only be presented in January at the Detroit motor show.

BMW also plans to produce a convertible based on this coupe.

It is expected that the convertible will go on sale a year after the start of production of the coupe.

“This car should appeal to lovers of fast driving in comfort,” said a company representative. As for comfort, the situation is still not entirely clear – no one has been sitting in the cabin, except for the company’s specialists. But it’s stupid to argue with the first part of the statement.

According to preliminary information, the new product will be faster than its closest competitor Mercedes SL. True, how much faster the company has not yet spoken. After all, Mercedes is also not sitting idly by.

In many ways, the BMW 6 Series will take the place of the 8 Series. Thus, the German manufacturer wants to return the glory of the 6 Series coupe, which was produced from 1976 to 1989.

The landing formula of the new six will be 2 + 2 (two adults + two children or luggage).

In technical terms, she took quite a lot from the seventh series. The “seven” will also borrow Dynamic Drive electronic control technology, an automatic ZF gearbox, and an adaptive suspension that allows varying the stiffness of shock absorbers over a wide range.

The top model that will carry the letter “M” of the sports department of the company will be equipped with a 5.5 liter V10 engine with a capacity of 500 hp.

It will also use the iDrive system, which will replace most of the traditional buttons and switches in the cabin.

The car will receive a completely new ABS system that will drive each wheel independently. A similar system was tested by BMW’s Stuttgart rival – Mercedes-Benz used it on the SLR concept car. System tests are conducted in the north to find out how the system behaves at very low temperatures.

But even the technical stuffing of the 6th series pales against the backdrop of the technological sophistication of the Dingolfing plant, where it will be assembled.

The assembly process of the new sports coupe will be entirely vested in the robots.

Among European car companies, a real competition has recently been unfolding – who will create the most unusual and advanced production. The first to speak was Rolls-Royse, who buried his assembly plant in the ground and put a long glass tunnel through the hill so that the buyer could walk along the assembly line, watching how things were going with his car. Volkswagen responded by building the “greenest plant in the world” – a huge glass building in the middle of a large park. Those who wish can follow the green production process through the glass. Now distinguished BMW. Inside, its factory reminds the set of some new Hollywood horror story about the total victory of robots over humanity.There is no place left for people. Cars do literally everything.

Now cars of the 7th series are being assembled at Dingolfing, but already at the beginning of 2003 the production of sports “sixes” will begin here.

“Automation at the plant,” company representatives say, “shows us all the latest achievements of high technology, people are completely excluded from the production process.” Body assembly is a traditional area of ​​application for robots. But here these robots not only weld the body, but also pre-glue its parts. Moreover, some robots are glued, while others, equipped with special laser sensors, immediately check the quality of work of their comrades. Unlike most other factories, the geometry of the body is not checked selectively, but totally – all the parameters of all cars.

Even more impressive is the manufacturing process of leather seats. Here, it would seem, without a man in any way. But the operator only sets the color scheme of the cabin, ordered by the buyer.Robots themselves choose the appropriate skin color, check its quality and tailor it. Meanwhile, another machine with a color-detecting detector picks up the threads of the desired color and sews all the upholstery components.

The body parts of the BMW 6 will be made not only from familiar steel and aluminum, but also from “new generation plastic” as well as from composite materials. True, company representatives say that without an accident, the driver will never notice this: “The plastic used is superior in strength to aluminum.”