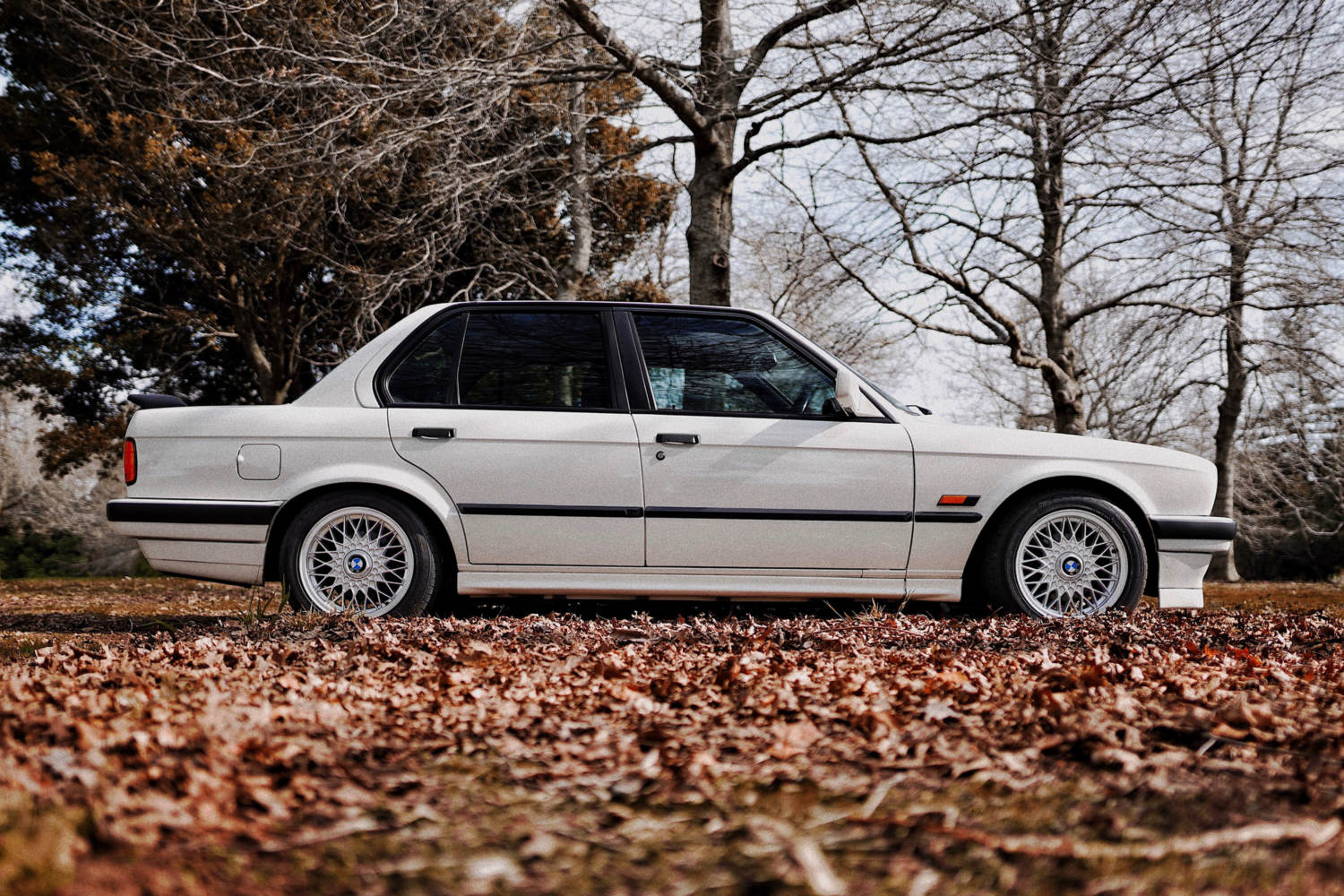 The E30 is iconic. The 3 series cars from the 80s, the small and boxy sports sedan became unparalleled for driving feel, sportiness, and overall fun. For a small car, the 0-60 times were impressive for the period and the car continues to be driven, rallied, and raced by enthusiasts.

The E30 was BMW’s replacement for the previous E21 of the small 3 Series sedan line in 1983. At first, the E30 was more a modification of the E21 than a completely new car, and used mostly the same engines and equipment. The main design changes affected the front and rear suspensions and interior ergonomics. However, the designers of the company worked so intently on the appearance that the magnificent proportions of the E30 still delight BMW fans, and the style of this chassis has become considered one of the most iconic and classic. On the other hand, starting with the E30, the company abandoned the forward-sloping radiator grille, a former feature of all BMW cars over the past 20 years. This caused some murmurs in the ranks of BMW adherents. The E30 body got something, but BMW lost something.

Wagons and convertible models continued to be produced until 1993, but the production of the E30 was essentially discontinued in 1991 as a result of an update in the body of the 3 Series to the E36.

The E30 first appeared in January 1983 as a single version of a 2-door coupe. Only a year later, in January 1984, buyers were able to choose a 4-door sedan, which at once greatly increased the popularity of the model. In 1986, the E30 convertible went on sale. And close to the end of production of the E30, the Bavarians introduced the station wagon. True, the luggage compartment could not boast a significant amount, but the car looked just fine. Another unusual addition for the time was the 325iX model with all-wheel drive, borrowing the transmission from the four-wheel drive 5 Series. Diesel versions of the sedan were also produced.

Of course, the most remarkable car in the E30 body is the M3 Motorsport designed for racing in the FIA ​​GT. This model has gone through many modifications and had 3 evolutionary versions in order to meet the changing requirements of the FIA. At the same time, the M3 was also on sale to the general public. The model was amazingly successful, constantly occupying the top rows of the performance charts. Paying tribute to the excellent qualities of the E30, it is still worth noting that for the M3 Motorsport was forced to make a special suspension, similar in design to the 5 Series (E28 body).

In mid-1987, the body underwent slight cosmetic changes. The radiator grille was slightly lowered, the chrome bumpers were replaced by more fashionable black ones (and subsequently painted in the color of the car), and the size of the rear lights increased. Almost all cars after 1987 have power steering and a much softer accelerator pedal.

Of particular note is the 325is, released in 1989-90. The car was equipped with special plastic spoilers, bumpers and sills, a suspension from the M3 and sports seats.

In just 9 years of production, over 2.2 million E30s were produced.

Initially, the younger E30 models used the old M10 four-cylinder engine, which was installed in the BMW 2002 and the E21. Then the M10 was discontinued and replaced in 1987 by the M40 with new injectors and more power. But the real miracle was the appearance in 1989 of the M40 modified engine, with the code M42. This engine with two camshafts and 16 valves was able to compete in power with the larger M30 engines, squeezing 140 hp from the same 1800cc and possessing unprecedented dynamism. The M42 lasted in production right up to 1996.