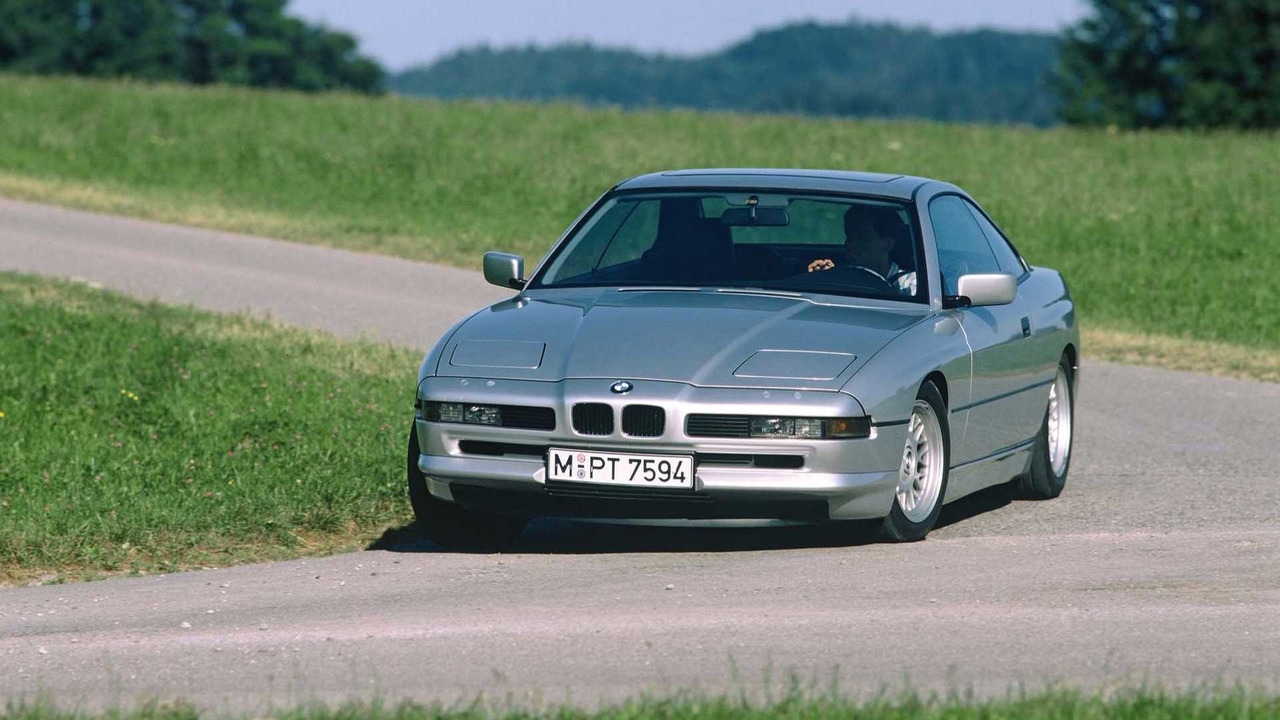 In May 1990, orders began to be implemented for the new BMW 8 Series super coupe (E31). The luxury sports car, created on the shortened (150 mm) base of the 7 Series sedans, incorporates the most advanced technical achievements of its time. From the point of view of aerodynamics, a wedge-shaped body with recessed ellipsoidal headlights, a flat-lowered front and a short raised rear end has an excellent Cx = 0.29. The car pleases its owners with excellent driving performance – an unusual five-link (levers are located around the wheel in various planes), an independent rear suspension that smooths out fluctuations and rocking the body, in combination with a switchable traction control and ABS, the car is extremely stable in all weather conditions. Airbags for the driver and the passenger sitting next to him are also standard equipment. The interior corresponds to a sports orientation, and the rear space is limited, it provides for two children’s seats, as evidenced by the landing formula 2 + 2. In addition, the car was equipped with an automatic body level control system with two modes: “Comfort” and “Sport”.

The first model was the 850i, with a 5-liter 300-hp V12 powertrain borrowed from the 750i. at 5200 rpm The engine was theoretically designed to reach speeds in excess of 270 km / h, but when it reaches 250 km / h, an electronic speed limiter is automatically activated. The 850i could be equipped with either an automatic 5-speed gearbox or a new 6-speed manual. About the trunk, having a volume of 360 liters, we can only speak with admiration.

In the spring of 1992, a relative appeared in the 850i – the 840i with an engine also borrowed from the “seven” 740i – V8 with a volume of 4 liters in 286 hp. And in the fall, the 850CSi began to be launched without two rear folding seats. Yes, they are useless – the car was intended for professional athletes.Its 12-cylinder engine with 2 valves per cylinder, with a volume increased to 5.6 liters and facilitated by lighter pistons, with a higher compression ratio and a stainless steel body, develops 380 hp, which is 80 liters. with. more than the 850i. The car was supplied only with a 6-speed manual gearbox, which allowed to spend only 6 s to reach 100 km / h.

At the end of 1996, the 850CSi model with a 5.6-liter V12 engine of 380 hp was discontinued. with active kinematics of the rear “integral” axis – from 1992 to 1996. they were released only 1510 copies.Since that time, only two models remained in the production program – 840Ci and 850Ci, now supplied only with automatic transmissions with an adaptive shift system. And already in 1999, after the introduction of the Z8 supercar, the G8 was finally discontinued. However, it will remain, perhaps, one of the most luxurious serial sports cars.