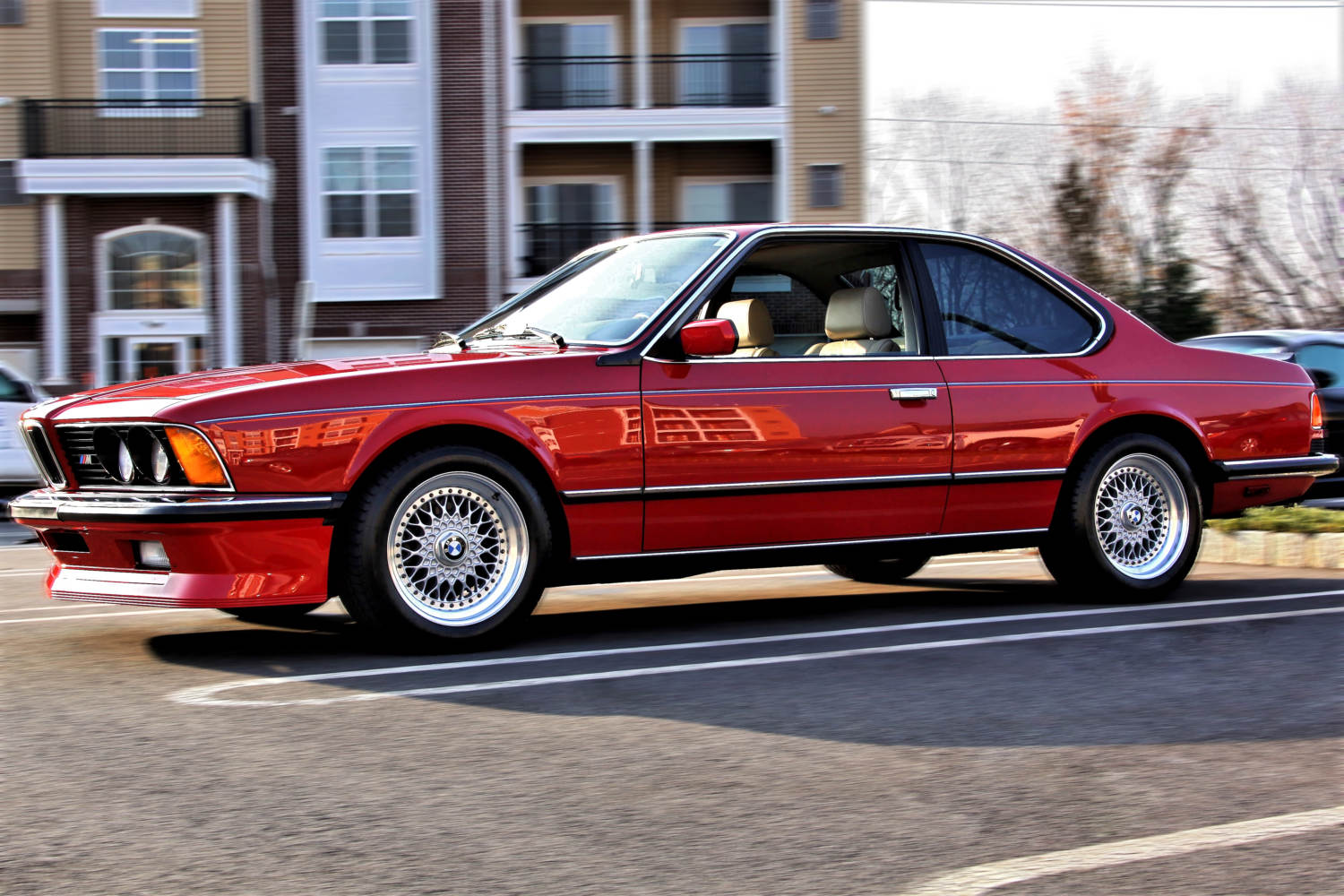 The BMW 6 Series E24 appeared in March 1976 at the Geneva Motor Show as a replacement for the previous BMW 3.0CS / i sports coupe. With very minor external modifications, it was produced until 1989, when it was replaced by a new sports coupe – Series 8 (E31).

The base for the 6th series was the chassis of the fifth series (E12, and then E28). However, outwardly, Series 6, due to the “shark” nose, is more similar to the seventh series with the E23 body, which is why many have the opinion that the sixth series is a sports version of the seventh series.

The first model was the now rare 630CS with two Solex carburetors. The engine was the same as on the 3.0CS (E9) and 730 models, and developed 184 hp. A feature of this model were very small bumpers. Especially for the USA, they released the 630CSi model, replacing carburetors with a K-Jetronic injector, and for Europe in 1977, along with this, increased engine capacity to 3.2 liters (197 hp) and began to designate 633CSi, respectively.

In January 1980, the engine capacity was further increased (to 3.5 liters – 218 hp) and became known as 635CSi. In September of the same year, another model appeared in Europe, a little more economical – 628CSi with a K / L-Jetronic injector – 184 hp. In June 1982, instead of the “regular” engine with a volume of 3453 cm3 (E23 – 735i), they began to put an engine with a volume of 3430 cm3 (218 hp), which had a number of design differences and an improved injector control unit, which allowed to significantly reduce consumption fuel without loss of power and dynamic characteristics.The same engine subsequently appeared on the “five” E28 (1984 – 535i).

In 1984, the fastest of the sixes appeared – the M635CSi. The engine was installed the same as on the M5 – S38 BMW Motorsport – in-line 6-cylinder with 4 valves per cylinder, which is a modified version of the engine from M1. With a volume of 3.5 liters, it produced 286 hp. at 6500 rpm, which made it easy to accelerate to 100 km / h in just 6.4 s and gain 240 km / h. The racing version of the same engine produced as much as 380 kW, i.e. approximately 517 hp! Improved rear suspension allowed for amazing handling. The car received convex wheel arches in order to give it a look worthy of the “hottest” BMW car made by then.

In the late 80s, BMW sports cars received abbreviations that simply indicated their sports affiliation (M) and series number. Thus, the M635CSi became simply the M6. However, despite all the advantages of the car, only 5855 pieces were produced.

Most models were equipped with a 5-speed manual gearbox or a 4-speed automatic. 4-speed manual and 3-speed automatic transmission are found only on models of the first years of release. After 1984, unfortunately, almost all cars were equipped with automatic transmissions. The brakes on all models are disc, front ventilated. ABS at the beginning of production was installed only by order, and since October 1984 – standard. A traction control system (limited slip differential) with a coefficient of 25% was available as an option on all models. Since September 1983, a flight computer appeared on the 635CSi, a leather interior and a sunroof were installed as standard. Since October 1984, on all sixes – a passenger compartment in the color of a car, a sports steering wheel, electric seat adjustment. Since September 1987, the Motorsport bumpers and spoilers in the color of the car, everything that looks like leather is leather, air conditioning, tinted windows, electric seats with memory for several positions are standardly installed on the 635CSi.

With a length of 4755 mm, the 6-series in terms of comfort was very similar to American cars and perhaps therefore was popular in the New World. However, models for the United States, due to tough laws against environmental pollution, were much inferior to European ones. The powerful M30 engines were heavily deformed – all American 633CSi and 635CSi models have only 176 hp. (in some sources 182 hp), the difference is only in the maximum torque, but their dynamic characteristics were much worse than European ones. To maintain the prestige of the series, the L6 model was released in the USA with an incredible amount of expensive options and an amazing interior, but under the hood there were still the same 176 hp. In addition, due to safety requirements, the bumpers in the USA were slightly larger (huge) in size, which, according to many, spoiled the rapid contours of the Six. The mass of American models was 85 kg more.

In 1987 they curtailed the production of the cheapest model of the 628CSi family, and in 1989 the entire 6th series with the E24 body was completely discontinued. However, the “six” did not receive further development, but was much more popular than the luxurious follower in the person of the “eight”, and now it has even acquired the image of a collection.